While the thought of an active shooter targeting a local school is not a situation that many like to ponder, local law enforcement was joined by other first responders and related entities on Thursday morning to conduct an active shooter drill at Carbon High School to better prepare for such an occurrence.

The Price City Police Department, Carbon County Sheriff’s Office, and Adult Parole and Probation (AP&P) welcomed all local agencies to join in on this drill. While the school was not in session due to the spring break, actors were brought in to assist the law enforcement officers in effectively demonstrating and practicing what should be done in the event of a shooter at any of the county’s schools.

The drill was as thorough as possible by also practicing how media will be contacted and information released to the general public in this type of situation. The community was informed well in advance of the drill and were encouraged to avoid the area for the duration.

A meeting was hosted after the drill in the school’s auditorium, welcoming members of Castleview Hospital, EMTs, Public Safety Dispatch, media personnel and more to weigh-in on the drill, its accuracy and ways in which the procedure could improve or change altogether. Nearly every person that spoke during the meeting, spearheaded by Carbon County Emergency Manager Justin Needles, stated that the drill went well and had improved greatly from the year prior.

Changes were discussed in the form of communication with dispatch, the responsibilities that the teachers will have and more.

“The active shooter drill was amazing,” Carbon County Sheriff Jeff Wood said. “I was impressed with all the inter-agency cooperation to pull off such a successful event. We learned a lot and it is definitely going to help us in the future; not just at the high school, but any major business in the community.” 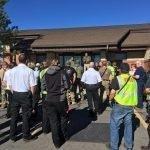 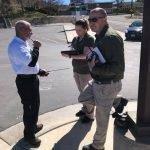 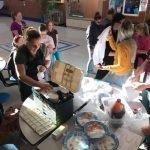 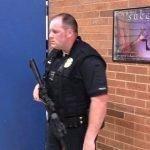