During the March meeting for the Emery County Public Lands Council, Marc Stilson, Utah State Water Engineer, spoke about HB 242, which would require all counties to have water meters on secondary water uses by 2030 or receive penalties. This bill has passed the House and is in committee in the Senate.

Stilson explained that if the bill passes, there are grants available, but they need to be acted upon immediately to receive full benefits as the matching percentages lower every year. Council members felt that the Castle Valley Special Service District needs to be aware of the potential timetable and take quick action if the bill passes the legislature.

Following that discussion, Stilson announced that the meeting of the Colorado River Compact with the State of Utah and the annual Water Issues Conference will be in St. George on March 22 and 23.

Next, Chuck Lawrence, representing the Division of Wildlife Resources (DWR), informed those in attendance that big game applications close on March 3. He then spoke about the Sage Grouse studies that show the numbers are down across the state, likely due to the drought. However, the deer reports are higher and he feels that it was because of the limitless cougar permits. Lawrence also reported on cattle straying onto DWR lands in the county. They are working on fencing and cattle guards to help prevent this problem. When questioned about the road closure in Fuller’s Bottom, Lawrence said he recommended that it not be closed. He then suggested to call Makeda Hansen to discuss the situation further.

Forest Ranger Daren Olsen was the next agency to report to the council. He said that the Forest Plan meeting was taking place on Tuesday. He then spoke about the upper lakes in Joe’s Valley, stating that a watershed proposal meeting is set for the middle of March. Olson continued, sharing that most of the current logging operations are nearing completion and then they will move north to the Potter’s area. He also said that the popular Reeder Canyon trail will be closed for safety reasons when logging is occurring in the area.

Next, Olsen spoke about range grazing permits being considered for lower numbers due to the drought, but they are still looking at the snow levels and nothing definite has been decided. When questioned about trading grazing for browsing (cattle vs. sheep), he replied nothing has happened as it can cause the livestock to migrate to home areas.

Brian Torgerson, School and Institutional Trust Lands Administration (SITLA), again announced that small parcels of land are for sale between Ferron and Moore. An 80-acre piece and a 40-acre piece will be auctioned virtually in June. He also announced that the solar projects near the Hunter Plant and west of Huntington on SITLA land are on 30-year leases. They have not sold any land for either project. Instead, they will lease to the solar companies. If needed at the end of the 30 years, the lease can be renewed.

Torgerson then expressed appreciation for the cooperation of working with the BLM and Emery County. He said that he works with many counties and Emery County has the best public lands policies and council. When asked about the exchanges from the Dingell Act, he replied that the act is in the appraisal stage and should happen within a year. Land values will determine the exchanges.

Jim Wells from Goblin Valley State Park then addressed the council. He spoke about how busy the park was on President’s Day, so they are expecting higher than average numbers for spring break. To accommodate, the parking area at the park is increasing by 50 spaces.

Wells also announced that the Green River Golf Course is open and will host a tournament on Saturday, weather permitting. However, the park expansion has been cut due to funding. He added that the Millsite funding has also been cut. To conclude, Wells reported that Huntington North is open for fishing from the shore while Scofield is still frozen.

Kendra Young, Department of Agriculture, announced two programs available to producers at this time. One is Water Optimization, which is available for those that can show water saving techniques. Another program, CNRP, is for fertilizing and replanting techniques to keep water flows pure.

To conclude, the Washington Delegations spoke about the influence of the Ukraine War and pending legislation that they are working on in Washington. 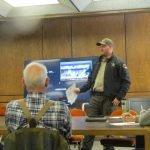 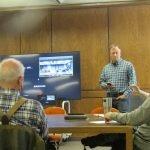 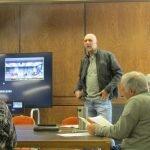 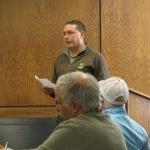