On Sept. 25, Castle Dale’s Museum of the San Rafael hosted a party celebrating its 20th birthday. The museum opened in 1993. Randy Jensen presented the program, which honored many people who have contributed to the museum’s success.

The historical society attended and presented the yearly historian award to Vernell Rowley. Afterward, the Huntington Glee Club sang a few numbers. The museum director described it as the “highlight of the evening.”

Jan Peterson, introduced by her husband Kent Peterson, was also honored for her 22 years of service at the museum.

The museum staff estimates that between 175-200 people were in attendance that night, The organizers of the event were very pleased that so many people came to be a part of the celebration.

Recent additions to the museum include Bailey’s Basket, which was discovered near Consol Mine by Jon Bailey. The artifact was cleaned and appraised by Lori Hunsaker, Utah State Curator who personally transported it to the museum for display. The second addition is an antelope mount, donated by Howard Tuttle. Staff described the mount as a beautiful specimen.

The Museum of the San Rafael is open Monday through Friday 10 a.m. to 4 p.m. and Saturday noon to 4 p.m.

Updates on the museum can be found at sanrafaelmuseum.blogspot.com or search for San Rafael on Facebook. 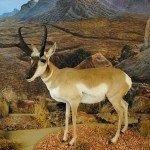 Photos courtesy of The Museum of the San Rafael. 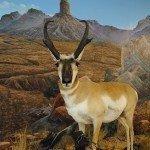 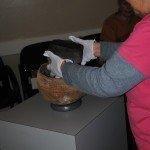 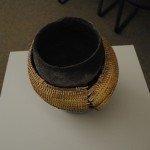 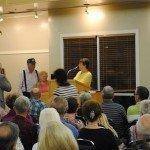 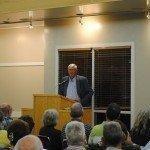 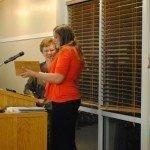 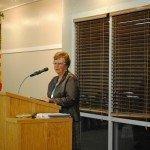 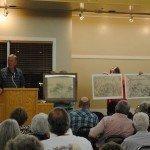