BK Gardens and Killer Woods were recognized as the businesses of the month at the Ferron City council meeting on Wednesday evening. The business is now owned by Beau Killpack, the second generation of the Killpack family.

The wood shop is a custom shop, fulfilling orders from customers. The nursery and wood shop have served the citizens of Ferron for many years and Ferron Mayor Adele Justice expressed her appreciation for all they have contributed to the city. At the meeting, a gift was presented to the Killpack family by Ferron City Councilman Troy Winter.

A public hearing was then opened for the purpose of receiving comments about reopening the budget for 2021 as well as the annexation of SR Storage at the north end of the city. Ferron City received additional funding that was not in the original budget, so $154,000 will be added to capital improvements to be used at the fairgrounds. There were no public comments about the budget.

However, a few questions came from the public about the annexation benefits to the owners of SR Storage and/or the city. The mayor explained that the business was under new ownership and requested the annexation, which would be advantageous to the business because of the services the city would provide. It would also be good for the city because of the sales tax and revenue created by being in the city. She also pointed out that it was contiguous to city boundaries so could be annexed. The public hearing was then closed.

The next item of business was discussion of an agreement with Great Life for Millsite Golf Course. After 2.5 years, things are finally in order so that this agreement can be acted upon following approval from the city’s attorney. The city will remain as the owner but Great Life will become the manager of the course. This was one of the requirements of the Bureau of Land Manage lease.

Kasey Edgehouse will still be the golf pro at the course. One big advantage is that items can now be purchased in bulk along with the other courses that Great Life manages. The city will no longer have to worry about the budget for the course. This will also include a fitness center in the city and there will be more benefits for members. This agreement was approved by all council members as long as it passes the inspection of the city attorney.

The three council members in attendance and the mayor were elated to finally see this agreement moving forward. Edgehouse also reported that the course is closed until the temperature is above 45 degrees, then it will reopen again. He also welcomed Great Life aboard.

Discussion then began on the dumpsters presently located at the fairgrounds. The council is requesting public input as to whether to move them to a new location or remove them permanently. Suggestions were made that maybe just bringing in the big rolloff dumpsters once or twice per year would be sufficient. The item was tabled while council members consider other locations or possibly remove the dumpsters. They will be moved from the fairgrounds so that the new building and renovation can happen there.

Karl Kay from the livestock show committee then requested permission to begin work on an expansion of the pig barn at the livestock barn. He stated that the addition would be 37’ x 25’ and would create 30 new pens. The size of the hog show has grown so much that the addition is needed. Financing was discussed with fundraisers or grants considered. The city will assist with equipment and labor but could not make a monetary commitment at this time until the other projects at the fairgrounds are completed. This is because grants have to be used by the end of the year and one grant depends on the use of the other. Permission was granted by the council to begin work.

Next, a letter of approval giving municipal consent for the new Dollar Store proposal for Ferron City was approved. The purposed site is on the corner across from the Mayor’s Park on State Street and Mill Road.

During the council and mayor reports, Councilman Chris Winn announced the final plans for the Ferron City halloween party. It will be at the fairgrounds on Oct. 30 and consist of a spook alley in the barn manned by the Ferron City Youth Council. There will also be a trunk or treat for anyone that would like to participate. Chili and cornbread will be served and donations will be accepted for the food bank. 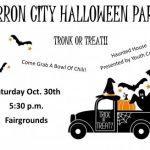 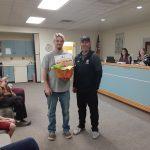 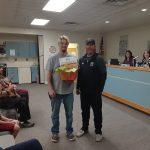 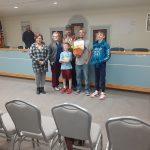 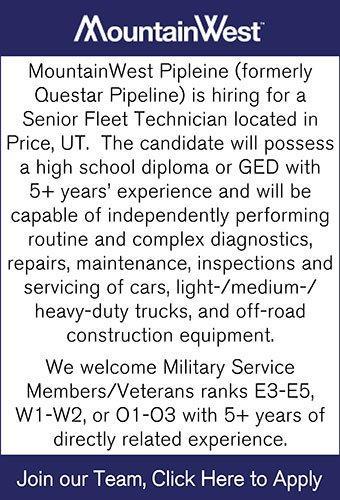