A breathtaking view of 100 US flags at the center of Washington Park was part of the 100 year celebration of the partnership between the Church of Jesus Christ of Latter Day Saints and the Boy Scouts of America. In 1907, Sir Robert Baden-Powell began the Boy Scout movement in England and in 1910 the Boy Scouts of America was founded. The church became the first sponsor of scouting in the US in 1913 and is now the largest sponsoring organization of BSA with more than 430,000 boys and young men enrolled.

The festivities kicked off with a flag ceremony at 5 p.m. on Tuesday night and ended with a live broadcast of A Century of Honor from Salt Lake at both the north and south Price Stake Centers. A hot dog and chips dinner, fun activities and displays were also part of the festivities Tuesday night. 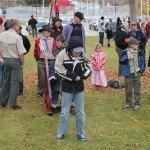 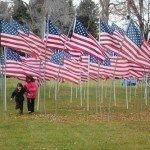 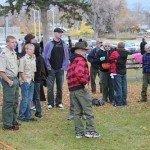 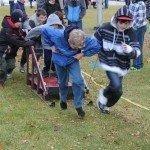 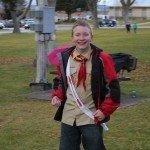 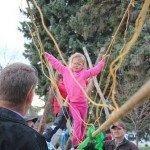