Castle Valley Games and Entertainment is a tabletop card and board game business in Huntington and is owned and operated by Robert Edwards and Darrel Finch. Edwards and Finch aim to create a safe and friendly environment for kids and adults where they can interact socially and step away from video gaming.

Edwards has been playing trading card games (TCG) and role playing games (RPG) for approximately 16 years, after his son taught him how to play. Since that time, he has worked for two card game companies and did volunteer work at another. About a year ago, Edwards taught Finch how to play and together they decided to open their own business in Huntington.

TCGs and RPGs are initially played using a starter deck, or intro deck, which has the basic cards used to play the game. The decks can be expanded by purchasing booster packs until the player has a complete deck.

Castle Valley Games and Entertainment sells a variety of game decks and board games. Some of the decks that can be purchased are Yu-Gi-Oh!, Magic: The Gathering, Dungeons and Dragons, WarHammer 40k and WarMachine/Hordes. A few of the board games they offer are Ticket to Ride, Munchkin, WarHammer Monopoly and Risk.

The business also carries doubled-sided mats made out of plastic and neoprene, rapier miniatures, paints, brushes and primers. They will be teaching classes to instruct how to build trees and cities.

At Castle Valley Games and Entertainment, Edwards and Finch will teach anyone how to play any of the card games that are offered at the store and will demo any board games that come in.

Card tournaments are held Tuesday through Saturday. Additionally, there will be showings of “The Walking Dead” television series on Sunday evenings at 7 p.m. On Nov. 22, they will begin playing the entire Lord of the Rings series and both Hobbit movies. The showing will feature a costume contest, so those in attendance should come dressed as their favorite character from either of the movies. Prizes will be given to top three best costumes.

Pointblank Paintball will be coming this spring to Castle Valley Games and Entertainment. 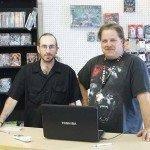 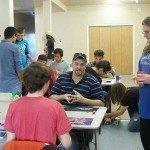 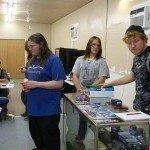 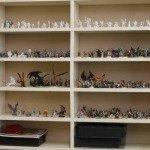 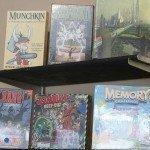 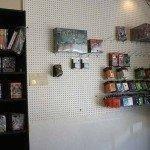 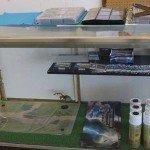 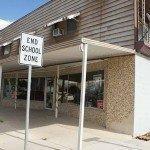