Judy Moore has been working for the Carbon County Bookmobile for 16 years. During that time, she has helped bring books to children at various schools throughout the county. However, after Friday Oct. 23, she will be using a new truck to do so.

In order to use the existing trucks to the fullest degree possible, Carbon County’s bookmobile is being switched with the truck currently being used in Cache County. To do so, nearly 5,000 items had to be shifted to the new truck, which was accomplished with the help of students from USU Eastern’s student body and baseball team.

“I think it’s always cool to help out the community,” said baseball team member Luke Haney amidst moving boxes of books and other items.

“I love this,” explained head baseball coach Scott Madsen. “We do as much community service as we can.”

The baseball teams and students involved were a large help for the bookmobile staff. “We had everything moved out in less than an hour,” Moore explained. To help with the move, the local Wal-Mart donated water and Little Caesar’s as well as Big Don’s Pizza donated pizza for the volunteers.

Madsen explained how he hopes service such as this will have an impact on his student athletes. “That’s something I put on them: we have to be good people first,” he expressed. 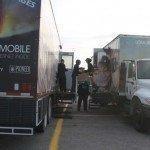 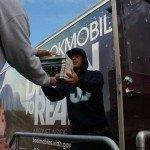 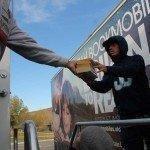 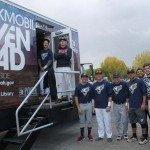 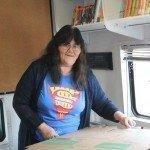 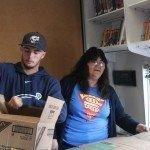 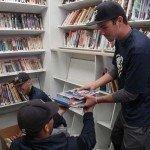 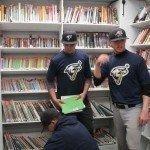 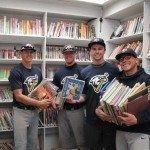