Andreas Wesemann, Shawn Barstow and Spencer Whitehead of the USU Eastern aviation team visited the Carbon County Commission during their April 21 meeting for a short presentation.

It was stated that the aviation program has been around since 1939 and the trio was excited to see the resurgence. They have been coming to Price since 2016 and brought about 24 to 48 campers per year that visit the Carbon County Airport, fly a plane, fly drones and more.

Then, it was announced that the program is now at the next level of excitement with unmanned aerosystems. A certificate was submitted for USU Eastern to begin this fall and it will assist students in being job-ready. With this in mind, the trio wished to request the use of the RC field at the fairgrounds for the program.

Every class has a flight lab portion where they go in the field and fly with the students. An example of one of the planes that they will fly was presented.

“The students really, really enjoy it,” stated the trio.

One of the biggest concerns that arose was the physical flying of the planes. There is also concurrent enrollment for students to take the courses in high school. They had visited Emery High school that same morning and have met with instructors at Carbon, Green River, Pinnacle and more. USU Eastern will be the starting point to spring out.

Ultimately, the use of the RC field was approved by commissioners. 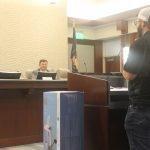 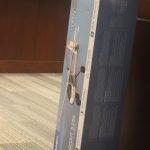