The Carbon High swim traveled once again this season to the Cedar City Invitational for a two-day event where they competed against other 3 and 4A teams. The Carbon Dinos started out strong with a fifth place finish in the 200-yard medley relay where Megan Swasey, Sadie Crompton, Veronica Ibanez and Amanda Liu represented with a time of 2:07.

Next, it was the boys time to shine in the boys’ 200 medley relay where Tyson Swasey, Rylan Chamberlain, Josh Mccourt and Kinnon Lyman placed 11th place as a team.

With a impressive fourth-place in the 200 free, Ibanez got a time of 2:11. The boys also had finishers in the 200-yard free, Chad Laursen and Parker Humes.

Liu placed in the top ten in the 200-yard IM. Many of the girls took control in the 50 free including Megan Swasey, Crompton, Kaisha Lott and Kacee Barett as well as Emily Jesperson, Ashlin Baker, Michelle Blochel, Lori Mccourt, Makayla Moynier, Emily Powell and Sophia Rosier.

Carbon came in with a combined team score of 187 points following Emery’s 216. Carbon placed ninth out of 15 schools.

“All of the kids did great,” said assistant coach Allie Chamberlain. “It was a great meet for dropping times and personal bests.” 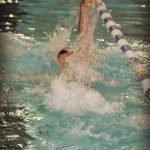 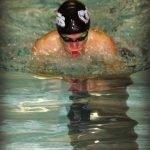 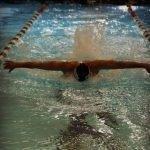 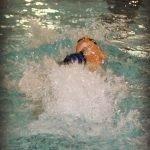 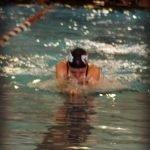 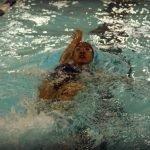