Rain, mud and lightning were on the minds of many mountain bike racers, coaches and NICA league officials last week as heavy rains drenched the Butch Cassidy trail and surrounding areas in Price. The storms threatened to prevent the Utah High School Cycling League from hosting Region Five’s third round on Sept. 17.

The rains fortunately let up on Friday morning. The sun came out, coaches brought shovels and rakes to fix the trail, Price City showed up with heavy equipment, and parent volunteers came together to set up the race course on time and make it all happen for trail pre-ride on Friday evening and racing on Saturday.

Carbon started Saturday strong with Junior Devo riders hitting the course at 8 a.m. and moving immediately to the front of the pack. Carbon again racked up wins and podiums, seven in total, as riders continued to improve.

In the Intermediate 8th Grade Boys’ race, Carson Taylor took his third win of the season and was again joined by Monson Loveless in second place. Both Cole Arthur and Grant Sherman improved this week with Arthur stepping up to the podium in fourth place and Sherman close behind in ninth place in the 77-rider field.

In the Beginner 8th Grade Boys’ race, Michael Weber moved onto the podium with a fourth place finish. Michael Loveless moved up one position to second in Beginner 7th Grade Boys. After winning both prior races in the Intermediate Girls’ division, Betty Olson moved up to Advanced Girls this week, where she took fourth. Malia Smith brought home first place in Intermediate Girls.

With clear skies and great trail conditions, high school racing kicked off at 10:20 a.m. with the varsity riders and then progressed through the many Junior Varsity and Single Lap Race (SLR) groups until rain and lightning returned to the area around 4 p.m. and brought an early close to the event with the Freshman Boys’ A, B and C races cancelled due to trail conditions and safety concerns.

In the first high school race of the day, Boyd Bradford continued to improve on his recovery from injury earlier in the season with a fifth place in the Varsity Boys’ group after an extremely fast, four lap race covering nearly 20 miles. Andrew Loveless brought home another win, complete with wheelie across the finish line, in the JV B Boys’ race. In SLR, Max McCourt was once again on the top step of the podium and Teagan Robinson joined him in fourth. After finishing in sixth and just off the podium last time out, Ruth Olson moved up to third this week in the JV B Girls’ division.

Another improving rider, Will Clark, moved up from sixth and just off the podium on his last outing to take first place in an abbreviated JV E Boys’ race in Price. At this time, official results are still under review as the JV D and JV E races were called early due to rain and lightning with a majority of riders completing a shortened second lap. However, many racers, including Clark, had already passed the early exit point and went on to complete their full second lap. Race officials plan to use times from the first lap, at which point Clark was in the lead.

By close of day, the Carbon high school riders had secured three wins and an additional three podium positions. The high school riders will race again on Oct. 1, this time in Richfield. Those qualifying for the state championship will then race in St. George on Oct. 21 and 22. Junior Devo riders have completed their three-race season.

Individual results were as follows: 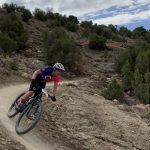 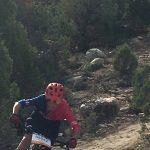 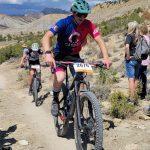 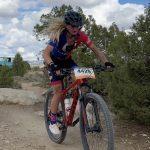 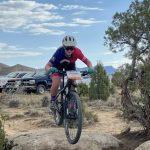 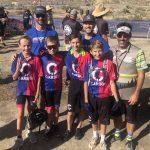 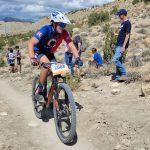 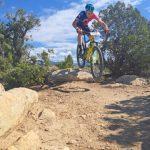 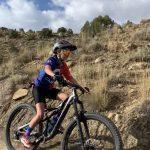 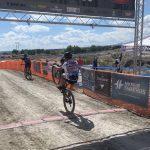 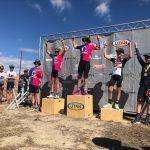 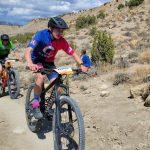 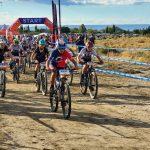 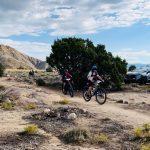 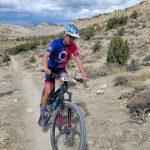 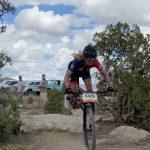 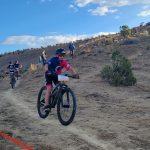 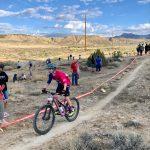 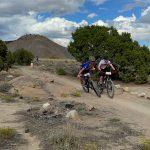 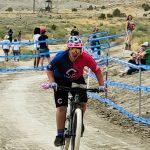 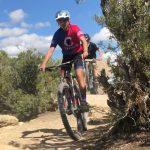 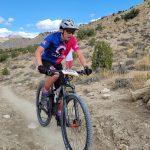