The Carbon High Rodeo Club had two of its own qualify for the National High School Rodeo Finals in Gillette, Wyoming in late July. Shalako Gunter qualified in trap shooting and Ean Ellis qualified in tie-down roping.

Shalako Gunter qualified first and Ean Ellis qualified fourth in their respective events. They both qualified at the state finals in Heber on June 11.

Each of these athletes worked hard to earn a spot at nationals, which is a huge accomplishment on its own. They both earned placings in the world standings as Gunter ended in 36th and Ellis took 76th.

This was the first year the shooting events scores were counted toward overall state scores and Team Utah won the rifle and trap events. The Utah boys’ arena team earned 5,565 points over the next state of Texas with 4,830 points. Overall, Team Utah got second just behind Texas. 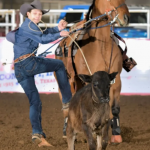 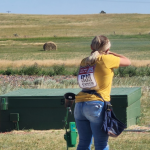