The USU Eastern Prehistoric Museum recently worked in conjunction with Castleview Hospital in order to set up a CT scan of ankylosaurs to assist a group of researchers that are based in the United Kingdom on their studies.

These researchers are based at the University of Liverpool and the Natural History Museum in London. They are working on a project that will help them better understand the biomechanics of plant-eating dinosaur forelimbs. They are working to learn more about the muscle anatomy of the dinosaurs’ arms and how they moved to ultimately hypothesize how the animals were using their arms.

In order to be successful in this endeavor, they were in need of quality data of the bones from plant-eating dinosaur forelimbs for their computer models. The scan data is taken and then built into a 3-D virtual model of the dinosaurs’ arms to assist in modeling how they moved in a virtual setting.

While the team of researchers already had a compilation, they were missing examples from the ankylosaurs, which were armored, tank-like plant eaters. Curator of Paleontology Joshua Lively stated he likes to think of ankylosaurs as giant reptilian armadillos. The Prehistoric Museum has one of the best collections of ankylosaurs anywhere in the world, which were collected from Eastern Utah in Emery and Grand counties.

The limb bones were scanned at Castleview Hospital from three different ankylosaurs: Peloroplites, Gastonia and Animantarx. The scapula, humerus, radius and ulna were scanned for each of the animals. Using this data, the researchers will be able to generate the virtual models that are needed from the specimens.

“This project is being spearheaded by Matthew Dempsey, a PhD student at the University of Liverpool, with guidance from Dr. Karl Bates and Dr. Susannah Maidment,” stated Lively. “The results of this project will not only help Matthew’s PhD project, but will also be used by the Prehistoric Museum in outreach and future exhibits.” 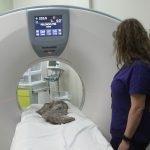 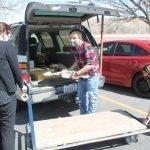 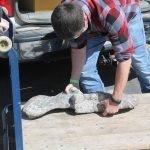 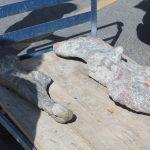 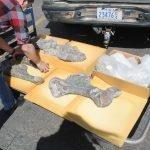 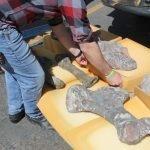 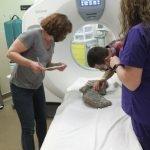 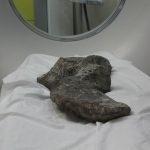 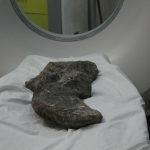 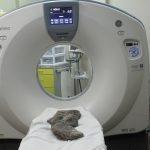 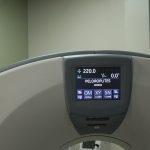 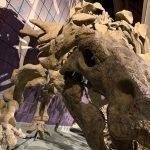 Photo courtesy of the Prehistoric Museum