The Carbon County Chamber of Commerce gathered at Market Express on Friday afternoon to celebrate the installation of a new Carbon Corridor information kiosk. The event featured a ribbon cutting at the Market Express Sinclair station.

Carbon County royalty was in attendance along with Carbon County officials. Helper City Mayor Lenise Peterman, who also serves as Chair on the Carbon County Tourism Tax Advisory Board, had the honor of cutting the ribbon.

Following this, Carbon County Commissioner Casey Hopes took time to speak to those in attendance, explaining that this information kiosk has been many years in the making. He credited Market Express for being willing to house the kiosk as well as making it a possible by fronting half of the cost. The remaining cost was covered by the tax advisory board.

Hopes continued by saying that similar kiosks will be placed at the Market Express Chevron location as well as Swift Stop N Shop in Helper and Miller’s in Wellington. The goal of these kiosks is to attract the eye of visitors and encourage them to spend more time in the Carbon Corridor.

“This is really exciting,” Hopes said. “This is just the kickoff.” 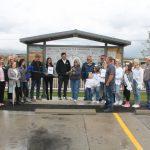 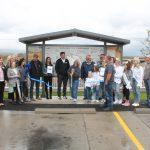 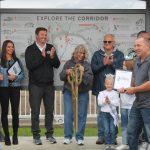 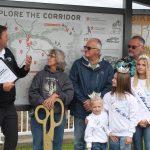 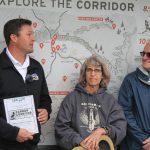 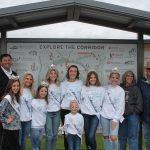