A new chapter in scouting is being written for young men, and now young women, who want to participate in BSA Scouting. For over the past 105 years, the Church of Jesus Christ of Latter-day Saints has served as the chartering organization for local scout troops. As the LDS church has become a worldwide institution, officials recently made the decision to restructure its youth program and discontinue its sponsorship of scouting after December 31, 2019.

“This isn’t a divorce. It’s growth. We’re not in any way disavowing any of those virtues of scouting. It is just the charter part that we are separating from… We are friends now and we will be friends forever. In 18 months when our charters are finished, we hope that many LDS youth who wish to do so will choose to be in scouting.” said Elder Jeffrey R. Holland of the Quorum of the Twelve Apostles at the 2018 National Annual Meeting of the Boy Scouts of America.

Scout leaders are currently looking for adult volunteers willing to assist on the scout committee and help form a community Cub pack for youth ages 11 and younger. If there is enough interest, leaders also are eager to create a troop for young women who are interested in scouting.

“We are very grateful to the city council for its support in chartering a troop. We have a long and successful relationship with the city in providing service projects and Eagle projects from our church troops. We hope to continue this success well into the future with the new community troop,” said scoutmaster Mark Stilson. “While Orangeville is the official charter organization, all interested young men from the western side of Emery County are invited to join Troop 300. Veteran Scout Leaders from Elmo, Huntington, Castle Dale, Orangeville and Ferron are all part of the committee working on the formation of this new troop.”

Local scout leaders met with the Orangeville City Council on Tuesday to discuss forming the various scout troops. The overlapping year gives current scouts and future scouts time to prepare for the transition from a church-sponsored unit to a community-endorsed troop.

Other interesting facts about the Boy Scouts of America program: 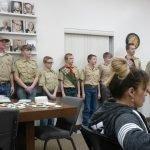 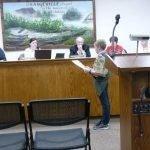 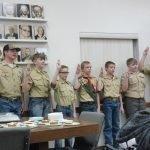 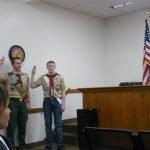 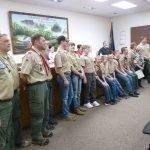 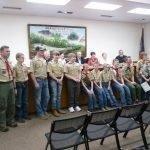 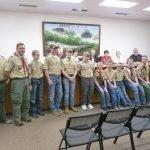