The Dino Dynamics have had a busy season and that did not stop over the weekend as they traveled to Bountiful for their final competition before region.

The ladies had widespread support as family, fellow classmates and friends made the journey as well. This support, coupled with staggering effort, brought great success to the team as they were able to snag a multitude of first place titles.

Coach Nicole Bennett stated that the team competed as a 3A team during the event and received first place in all six categories they were a part of. She also expressed her gratitude that the team had the opportunity to receive feedback from the judges and improve on scores ahead of region.

“We are really confident going into region,” Bennett said.

She concluded by stating that she is very proud of the girls, who looked amazing on the floor. The region competition is slated to take place in Juab on Saturday. 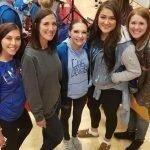 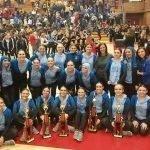 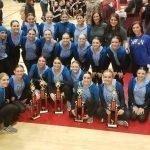 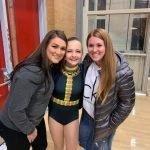