Eight Carbon High Dinos recently made the trip to Southern Utah University to participate in the university’s honor band program, hosted earlier in the month.

To be accepted, students had to submit an audition recording and compete with other students for a spot in the band. While the audition process may be a challenge, it doesn’t stop there either.

“Honor bands give students a taste of what music can be like at a college level,” explained Carbon High School Band Director Tana Jenson. “It is a higher level music than what we can play in our regular band classes and is a challenge for those students who need it.”

While there, students had the opportunity to audition for scholarships and admittance into the program at SUU. Two Dinos took advantage of the opportunity and were accepted with more planning to do so in the future.

For one of the participants, however, the chance to play with the best was far from over.

“All-State is essentially the elite honor band for the state,” said Jenson. “They have hundreds of students send in auditions and they narrow it down to 100. It’s very rare to have students from 3A schools make it into all-state.”

Jenson hopes to provide her students with the best music education possible, something that may seem to some a hard task teaching in a rural, 3A school.

“When students are accepted into honor bands and all-state, it makes me feel like I’m successful in my job,” she said. “I have to try and do my best with what we have, but when students attend events like these, I feel like I’m giving them as good of an education as they could get anywhere else.” 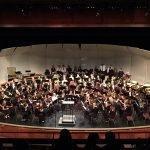 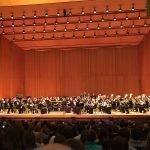