Skyline Mountain Resort hosted nearly 20 teams at the Sanpete Classic on Wednesday afternoon. Both Carbon and Emery made the trip over the mountain and had excellent showings. In fact, the Spartans won the boys’ race and the Lady Dinos took the girls’.

Union’s Paul Squire set the pace with a 16:32.9 time in the boys’ three-mile run. Camdon Larsen and Jack Christiansen went five and six, respectively, for Emery. The next three Spartans to cross were Merritt Macarriello in 10th, Dillan Larsen in 24th and Mason Stewart in 32nd.

For the Dinos, Garrett Black led the way with a seventh-place finish followed by Sean Stromness in 22nd, Logan McEvoy in 27th, Dallin Humes in 30th and Nathan Engar in 33rd. Although Carbon was without Braxtin Ware, the Dinos rallied to grab third place as a team.

Carbon continued to impress in the girls’ three-mile race as Rozlyn Stowe held off the competition to take first. She finished with a time of 18:32.8, over 10 seconds faster than the next runner. Stowe continues to pile up the wins and is gaining state attention, including a recent article from MileSplit Utah featuring the top freshmen girl runners in Utah.

Continuing for the Lady Dinos were Ambree Jones in 10th, Lindsie Fausett in 12th, Sophie Taylor in 13th and Beverly Lancaster in 18th. Emery was once more led by Addie Hurst in ninth followed by Carlie Hurst in 23rd, Kallee Cook in 31st, Ryleigh Meccariello in 42nd and Kallee Lake in 49th. The Lady Spartans ended in sixth place overall as a team.

Emery will compete at Manti on Monday while Carbon will not have any meets next week. As a side note, Carbon’s JV teams went undefeated, winning all three lower division races. Full results can be found here. 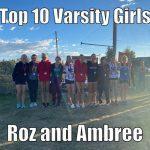 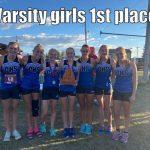 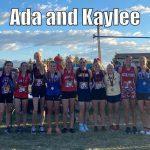 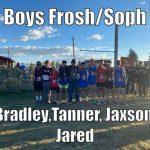