Driving by on Carbon Avenue Thursday morning, those in Carbon County were sure to see an interesting sight that resulted in cheers and honks of support: KUSA co-host Aaron Haeck in a dress.

“Dress the Haeck” was hosted by Community Nursing Services (CNS) at their location on 480 South Carbon Avenue in Price. The event was hosted to encourage monetary donations for the community’s Relay for Life, which will be held in June but led to many laughs and memories as well.

Those who donated an amount could then choose an article of women’s clothing or accessory that Haeck would then wear and display for the public to see as they drive by.

“We will take any donation and you can pick: we’ve got a boa to put around his neck, we’ve got fingernails to put on him, we have eyelashes, we need to get all his makeup on his face, right now we just have lipstick,” explained one of the volunteers in charge of the fundraiser. “If the price is right, we will pierce his ears later.”

By the end of the event, thanks to community members and several businesses, Haeck’s attire was complete. Fierce MMA’s $50 donation led to Haeck’s armpits being shaven. Rocky Mountain Home and Health as well as TougHER combined donated enough money to even pierce Haeck’s ears. Tony Basso also donated to help complete the radio host’s transformation and, with others, led to the grand total of $629.75 raised by Dress The Haeck.

The occasion also served as a precursor to one of the relay’s upcoming attractions: Mr. Relay. The mock pageant, which will include talents and plenty of laughs for those in attendance, will be held in conjunction with the Relay For Life, which will be hosted on June 25 at Carbon High School from 9 a.m. until midnight. Those interested in signing up for the pageant are encouraged to call CNS at 435-613-8887. 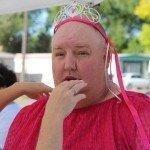 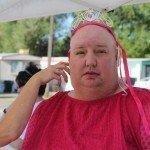 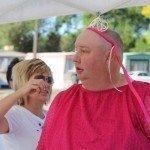 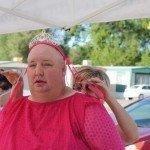 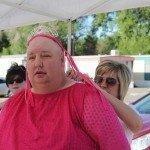 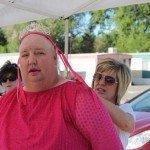 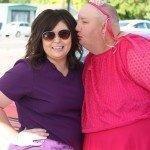 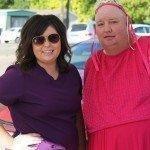 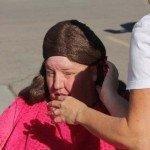 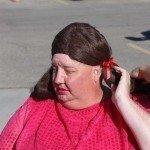 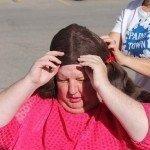 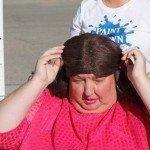 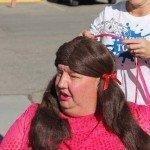 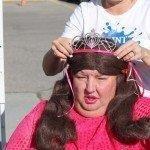 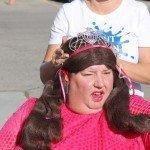 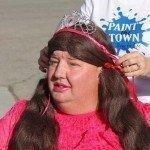 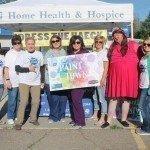