In order to better teach and prepare students for academic endeavors, what might one do? Flashcards? Worksheets? What if you could take a walk through an interactive, outdoor classroom?

The proposed trail, which will act as an addition to the already existing trail, is modeled after various others of its kind found in other areas across the nation and offers an experience beyond that of the normal walk.

The trail consists of 10 aluminum signs measuring 12” by 24” provided by United Way with each sign featuring a theme aimed at assisting the rising generation in learning and preparing for future academic endeavors.

Along with each sign, the trail features various “stations” consisting of graphics painted on the trail that help facilitate the learning activities such as making up stories, recognizing shapes in nature and more.

Graphics may vary according to each trail, with the exact colors, pictures and details being decided upon by those charged with creating them.

Wright explained how work on the trail has already gone forth with eight sponsors having agreed to sponsor signs and posts as well as cement for the project being donated by Sutherlands. Students from Susan Polster’s classes at Utah State University Eastern will also be charged with the graphics.

The initial cost of the project totals over $1,500, with the stations lasting a proposed four to five years, depending on weather conditions, according to Wright. Sponsors for the signs agree to a $250 agreement for five years while the sign and area is maintained by United Way of Eastern Utah. Paint for the stations is still needed at this time.

The motion was passed at the council meeting to install the trail as well as a memorandum of understanding dealing with a yearly cleaning that will take place during the organization’s annual Day of Caring event.

“Any time we can get kids excited about learning, I’m excited about it,” said Wright, who also offered the upcoming spring break as a goal for the completion of the project.

Included below are pictures of the signs and various activities such a trail may create. 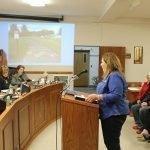 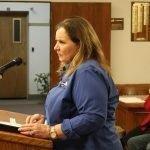 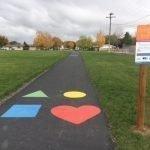 An example of an already existing Born Learning Trail, provided by Carole Wright 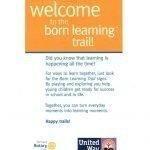 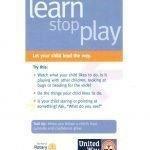 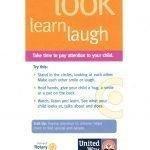 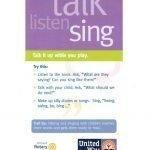 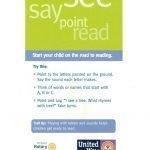 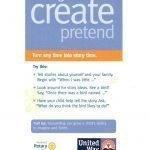 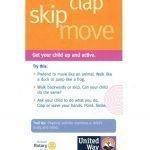 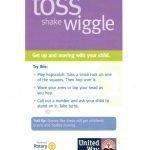 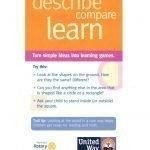 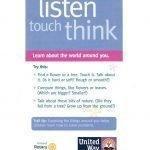