Fourteen varsity wrestlers from Emery High and seven Carbon High Dinos competed over the weekend in Vernal at the Tournament of Champions.

The Emery team was victorious in winning six medals, two of which were first place championships. Hayes Dalton at 182 pounds won all four of his matches as did Bryon Christiansen at 126 pounds. Bryar Meccariello (152) finished third and Braden Howard (220) ended in fourth while Kove Johansen (195) and Monty Christiansen (106) placed sixth.

Other wrestlers who added points to the overall team score were Merritt Meccariello (113), Kayden World (120), Jarin Allen (132), Dwain Farley (132), Tyler Stilson (160) and Maddex Christman (170). The Emery team finished in fifth place against the 17 teams at the tournament.

Emery will face Manti on Tuesday and Gunnison on Wednesday this week at home. Both matches with be streamed live on etvnews.com/livesports.

Carbon High wrestlers who added points to the team score were Brax Tapia (126), Arie Kranendonk (152), Will Carmichael (182) and Easton Horsely (220). They will be dueling Duchesne in Price on Friday evening. The Dino match will also be streamed live on etvnews.com/livesports. 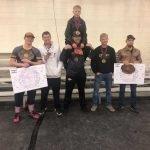 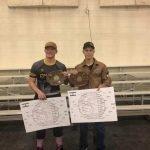