The Emery County Commissioners tackled many agenda items during their regularly-scheduled Tuesday afternoon meeting, with one of these items being the ratification of a letter of support for Intermountain Electronics.

Commissioner Kent Wilson informed the other commissioners that, just a few days prior, they were invited to go before the Governor’s Office of Economics to assist in a presentation with John Houston, owner of Intermountain Electronics. Houston has a vision of increasing his workforce by a whopping 400 employees. As previously reported, he wishes to accomplish this with an expansion that will possibly happen in Carbon County or Colorado.

Commissioner Wilson stated that following the presentation, the state agreed to give the company a maximum amount of incentives to locate in Carbon County. Commissioner Wilson believes that it is the biggest incentive package allowed by the law and does not happen often, if at all.

To close on the topic, Commissioner Wilson stated that the commissioners had previously written a letter of support and the agenda item was more of a formality. He made a motion to approve the ratification, which was instantly seconded and approved by all.

Next, the commissioners discussed a possible letter to the state Bureau of Land Management (BLM) office regarding support of the Price BLM Field Office. With the passage of the Emery County Public Lands Bills, the Price BLM Field Office has greatly increased their workload to implement it. The letter drafted to the BLM office encourages them to support with additional personnel and physical resources to assist in their implementation of the bill. The commissioners agreed to send the letter.

Finally, the commissioners tackled an application for the national registry of historic places regarding the old Castle Dale bridge. During the last meeting, they received a packet that is ready to go and they were asked if they were comfortable with it the way it was or if it needed changes.

The packet will go in before the nominating board and has to be there by July. The purpose is to put the bridge on a national registry of historic places and does not tie up any funding, it was explained. Commissioner Gil Conover touted the registry and the possibilities that it would bring. 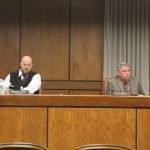 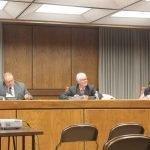 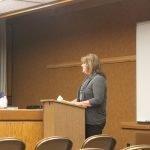