In order to create a reinvestment area, stated Vigor, the first step is to create a plan and pass the resolution. She continued by stating that she reviewed the code with Carbon County Attorney Christian Bryner to ensure that the wording was sufficient. There was also a map of the project area and a list of parcels in the project area for the agency to review.

Essentially, the program is a state program that counties have control over and is a way to offer an incentive for businesses looking to expand or relocate. There are a couple of CRAs in the area, with this being the first that Vigor is personally involved with. The next step, Vigor informed, was attending the school board meeting the following evening to present board members with a somewhat similar resolution that stated the Redevelopment Agency signed off to go ahead and start the draft project area plan budget and more for the particular project.

Commissioner Hopes stated that he was having a conversation with one of the local mayors earlier that day where they discussed the importance of growth by helping local businesses expand.

“This is one of those things that is very important,” Commissioner Hopes said.

Vigor then touted Commissioner Jensen for working with her diligently to ensure that the CRA was created, stating that it is not an easy process and he was instrumental to its creation. Commissioner Jensen then moved to adopt the resolution, which was unanimously agreed upon. Next, the group, along with representatives of IE, visited the Carbon School District Board Meeting on Wednesday evening.

There, Commissioner Jensen expressed his appreciation of the school board and Carbon School District Superintendent Lance Hatch for welcoming them. He continued by stating that they were in attendance on an official request for the board to enter into a resolution or adopt a resolution to support the CRA project for the IE Industrial Park. IE owner John Houston was joined by Phil Blackburn, CEO, and John Faseo, President of Finance, with the goal of giving a short presentation and information about the business. Houston stated that they are looking to make a decision in regards to a very large expansion of the business.

Houston informed the board that the expansion will take place either in Carbon County or in Denver, Colo. Carbon County and the State of Utah have been approached by IE to compose an incentive that would assist the company in feeling more assured about the expansion taking place in the county rather than Colorado.

Currently, nearly 125 local are employed in the Price facility with plans to continue to grow. IE delivers custom-packaged power and control solutions that protect billion dollar investments throughout the United States.

“We’re doing our best as a company to stay ahead of trends,” Houston stated.

Houston assured the board that under no scenario is IE leaving the area; the company is simply wondering where the expansion will take place. The resolution passed the day before by the RDA must sit for 30 days. There are no terms set forth as of yet; however, it is a show of good will between the county and elected body saying collectively that they are excited about having the opportunity for IE to expand locally.

The school board was assured that firm terms are coming with the budget being built out and plans made; however, the first step was to pass the resolution before moving forward. Part of the state offer hinges on local contribution and Commissioner Jensen stated that they are looking at what can be done through county government.

Commissioner Jensen also stated that he believed a sit down work session between the board, commission and IE was pertinent to work through the numbers. The resolution mainly stated that IE is seeking local support at this time before a presentation is made to the state on May 23. The school board also agreed to move forward with support. 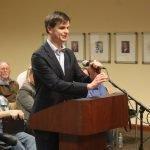 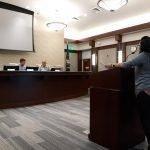 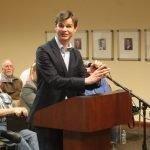