Chris Wood, Southeastern Utah Region Director for the Division of Wildlife Resources, presented a PILT(Payment in Lieu Of Taxes) payment to the Emery County Commissioners on Tuesday in the amount of $2,610.71. He reported that the division owns 5,420 acres in Emery County, which it manages for wildlife as well as the citizens of the county and state. The division’s areas of management include the Upper and Lower San Rafael, Desert Lake, and the Huntington Game Farm as well as hunting and fishing in the county.

Also during Tuesday’s commission meeting, approval was given to purchase new voting equipment from the State of Utah. The contract with the state for the present voting machine has expired and now the county must buy a vote-by-mail scanner to read the paper mail-in votes. The cost of the machine is approximately $70,700, but the state will reimburse the county for $42,000, not the entire amount as previously reported.

The county renewed the contract with Romeo Entertainment once again to secure entertainment for the upcoming Emery County Fair. Renewal was also granted for the Federal Surplus Property Program used by the road, weed and mosquito departments. The Utah Hazardous Materials Emergency Preparedness Planning grant, which funds LEPC meetings and trainings and is required by federal law, was also approved for renewal.

Emery County Personnel Director Mary Huntington asked commissioners to delegate the authority for a volunteer program in conjunction with the county in the event of an emergency to the sheriff as well as to the Emery County Fair Director and the personnel director.

To conclude, county attorney Mike Olsen presented an resolution giving support to the Washington delegation for the passing of the Protect Utah’s Rural Economy Act, which could make Utah like Wyoming and Alaska in regards to the Antiquities Act. The commissioners gave this support and remarked that if this had been law for the past two years, then the Emery County Public Lands Bill would not have been needed. 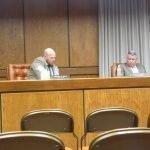 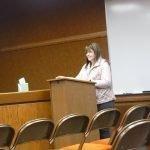 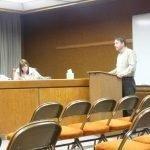