A group of hopeful individuals gathered inside Happiness Within on Helper’s Main Street on Saturday evening to discuss the possibility of enhancing bouldering within the city for recreation.

Fuzzy Nance, chair of the Helper Trails and Recreation Committee, invited experts on the subject to assist. A map was displayed of the landscape of the rocks and terrain surrounding Helper and much discussion was had regarding private lands, mine entrances and more.

Current trails and ladder access were also discussed as well as the route already taken to reach Balance Rock. After discussion, it was stated that Spring Canyon appeared to be the best place to start due to bathrooms, guidebooks and more already being established.

Nance then stated that there is potential to see this become a reality beginning in the spring. He said that he believes the next step would be for interested parties to gather again and explore areas for their potential and any possible issues. Nance continued by stating his goal is to make Helper the hub of all outdoor recreation in the county.

“This is the place it should be,” Nance said.

Mayor Lenise Peterman was also in attendance at this meeting, stating that she would be happy to assist with requesting funding and corresponding with needed individuals. She requested that the group use her in any way they need.

Toward the conclusion of the meeting, Nance requested that those that were in attendance visit again in one month to delve deeper into the planning process.

For more information on the Helper Trails and Recreation Committee, join the committee’s group on Facebook. 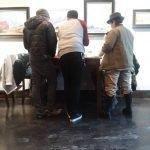 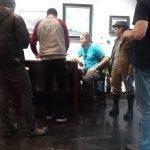