Emery High math teacher Eric Nielsen began his math classes on Friday by distributing a worksheet entitled “Hay cost of feeding based on moisture 2021.” The activities then moved to the classroom kitchen where the students found bags of alfalfa and grass hay.

The task was to place hay in a paper bag and weight it on a scale to the nearest gram and record the weight on the chart on the worksheet. The bag was then put in the microwave on high power for 30 seconds. The microwave represented the natural drying of the hay.

The sample was then weighed again and recorded. This action was repeated until the weight did not decrease by more than one gram. The moisture was felt inside the bag after each try. This was repeated with grass hay following the alfalfa trials.

The final action of the activity was to figure the amount of money lost over the year as the moisture content of the hay decreases along with the sell weight. The initial weight was compared to the decreased weight, thus money lost.

This experiment was then applied to everyday life experience with questions as to how this would affect the hay industry and a small farm operation as well as a final analysis as to when is the best time to sell hay by weight. 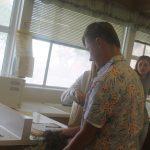 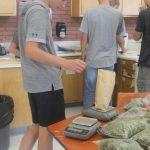 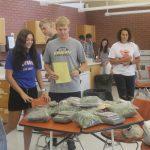 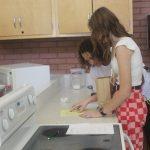 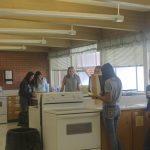 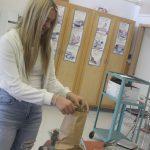 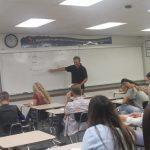