Press Release
Three athletes from Emery County represented the state of Utah at the Junior High School National Finals Rodeo in Perry, Georgia on June 19-26. The top four competitors in each event at the state level earned a place at nationals to compete. Competitors come from 43 states, five Canada provinces, Australia, Mexico and New Zealand.
Wyatt Fox, son of Layne and Angela Fox, participated in the .22 light rifle shoot. The competitors shoot in three positions: prone, standing and kneeling. Overall, there were 165 junior high shooters competing in Georgia. In the long go, Fox placed fourth with a score of 306. In the short go, he placed second with a score of 319. This gave him an aggregate of 625 on two, placing him third in the nation. The Utah shooters represented well as all four shooters placed in the top five.
Kamz Rich, son of Chuck and Lexi Rich, participated in bull riding. Kamz was bucked off in the first round. In the second round, he rode but decided to take the reride to place him in the short go. In the reride, he unfortunately did not receive a score due to a slap. Orin McElprang, son of Pete and Tiana McElprang, was bucked off in both rounds of the saddle bronc steer riding.
Wyatt and Kamz will be eighth graders next year at Canyon View Middle School while Orin will be moving up to the high school level. The three athletes want to thank all of those that sponsored and supported them in this journey. Good job team Utah and way to go Emery County kids! 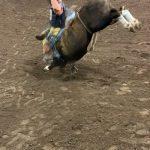 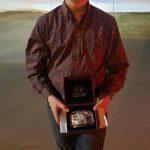 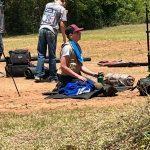 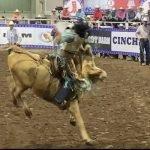 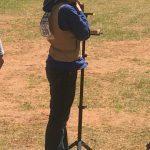