Ferron Elementary students have been studying hard and flexing their brain muscles in preparation of the annual spelling bee. This competition was hosted on Dec. 12 at the school with many fourth and fifth grade students competing.

While the competition was tight for some time, winners were eventually revealed. In fourth grade, Karyn Goodrich-Spalding took first place while Heston Albrecht followed closely in second.

For the fifth grade students, the first place honor was awarded to Landon Byars. Easton Olsen rounded out the spelling results when he took second place in the fifth grade category. 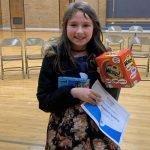 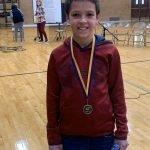