Over the weekend of April 21, fitness fanatics from all over gathered at the Salt Palace Convention Center in downtown Salt Lake City to attend the annual fitness convention better known as FitCon. Carbon County’s local women’s gym TougHer had a special place at the convention.

As previously reported, FitCon approached gym owner Alida Farlaino and requested that the gym host their Sweat for Vets event at the convention free of charge. Andrew Thomas with TLC’s show Skintight participated in Sweat for Vets. Subsequently, TougHer may make a cameo on the show. Three locals placed well in the event. Ron Young won the Senior Males category, Denise Young won the Senior Females and Lizzy Piccolo won the Female Open.

“That was not for lack of competition,” Farlaino stated.

In addition to that event, TougHer also presented a 30 minute Sweaxy class, a fashion runway show and sold merchandise.

The 30 minute Sweaxy class was so successful that the gym staff have had different gyms and other people contact them with questions regarding how to get certified to teach the class, whether they’re able to travel to participate in the class and more. One inquiry was from a power-lifter, which surprised Farlaino in a pleasant way. To her, it meant that the individual saw the value in the workout.

The fashion show portion of the convention was Farlaino’s idea and creation. Models, vendors and other professionals were very interested in the show. Farlaino was even approached by a FitCon owner and stated that they were highly impressed and could not believe this was their first show. This show may even be picked up by FitCon.

Fitness Model James Ellis was in attendance and spent time scoring the model’s portfolios, doling out constructive criticism and uplifted the girls in a positive way. Ellis stated that he would be interested in working with TougHer on runway shows in the future.

TougHer is hopeful to attend the next FitCon that will take place in St. George in August. Farlaino is very proud of the gym and all the accomplishments that were made at the convention. She stated that she believes that Sweaxy being picked up by others and FitCon’s interest in TougHer could easily create year-round jobs for many local individuals.

TougHer member Teasha Greenwood also did well at the convention. Greenwood competed in the power-lifting portion and won second place.

Farlaino could not praise the community enough for all of their support and dedication. Farlaino adamantly believes that they could not have accomplished what they did without all of the volunteer’s help.

“When you have a dream that you’re working really hard to build and you have an overwhelming amount of support; the fact that somebody else is picking up your dream and helping you run with it is amazing,” Farlaino stated. 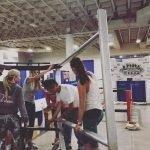 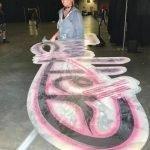 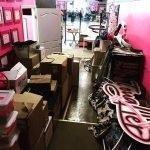 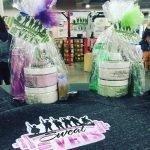 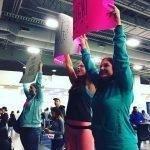 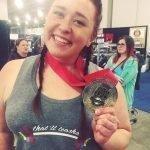 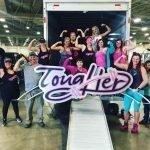 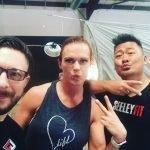