Last week, there were four Dinos that signed with colleges to continue playing at the next level. Bode Salas started things off on Thursday by signing to pursue his golf career at Utah Tech University. Salas won two state championships while at Carbon, including his 2022 senior campaign.

Then, on Friday, three additional athletes on the softball team signed ahead of their senior years, including Makayla Scovill, Haven Byerly and Reese Ardohain. Scovill will head out to Dawson Community College after graduation and play for the Buccaneers in Glendive, Montana. She had an average of .461 her junior year with 28 RBIs and 10 doubles. She also anchored the middle of the infield with a fielding percentage of .929.

Next was Byerly, who will play playing for Kansas Wesleyan University in Salina, Kansas after she graduates. Byerly was tough in the circle where she went 10-4 as a junior. In 94 innings, she accumulated 171 strikeouts to go along with 91 walks. She also swung the bat well, going .303 at the plate with 24 ribbies, seven doubles and one homerun.

Last but not least, Ardohain signed her intent to play at Colby Community College in Colby, Kansas. As a junior, she went .413 at the plate with 17 RBIs, three doubles and one homerun. She was best known for her defensive prowess and ability to play anywhere on the field. In fact, she did not record a single error the entire season.

Congratulations to all four Dinos for their success at Carbon and for their future opportunities. 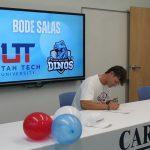 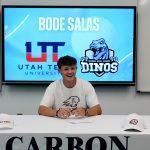 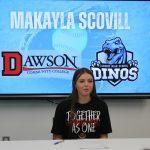 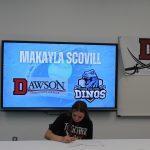 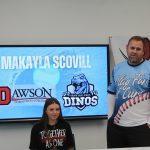 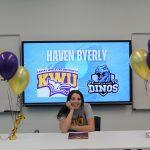 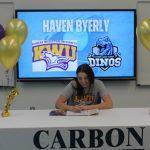 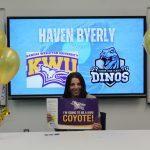 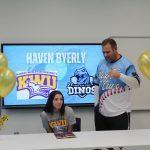 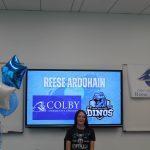 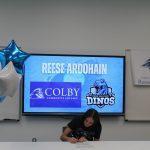 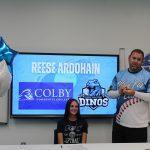 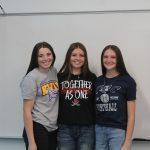 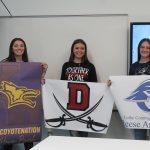 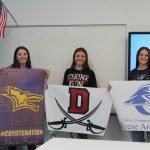 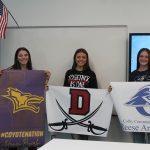