At approximately 11 p.m. on Sunday, a Greyhound bus went off the right-hand shoulder of I-70 near mile marker 113 while traveling west bound from Green River. The bus traveled into a steep wash where it came to a complete stop approximately 200 feet off the Interstate.

According to Utah Highway Patrol, 13-year-old Summer Pinzon from Azusa, California was pronounced dead on the scene. The bus driver as well as two passengers were transported by air ambulance to medical facilities in serious condition. Pinzon’s mother was also traveling with her on the bus and transported to IMC Hospital.

UHP stated that all of the other passengers, except for one, suffered various injuries and were transported by ground ambulance in Price and Richfield.

At this time, the cause of the crash is still under investigation while victims are being interviewed at various hospitals. According to UHP, a passenger reported a possible medical issue with the driver of the bus. The Greyhound’s intended final destination was Las Vegas, Nev.

UHP stated that the NTSB was notified and it is expected that UHP Troopers will complete an on scene investigation and inspection of the bus on Tuesday. 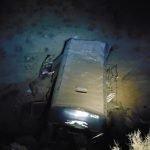 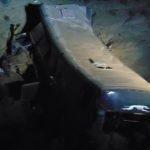 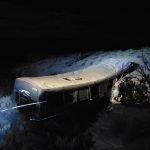 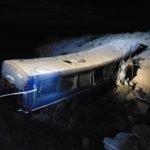