Ryan Bromberek joined the Helper City Council during its virtual meeting last week to discuss the possibility of a skate park in Helper.

Bromberek explained that he has been skateboarding for most of his life and it was the first paycheck he ever received. He has worked at skate shops, taught lessons and participated in competitions to go along with sponsorships. Skateboarding has been a large part of his life and he believes it is something that was beneficial for him to have access to while growing up.

Even though he is now in his mid-30s, skateboarding is something that he continues to pursue and find great joy in. When talking with community members, he discovered an interest in more youth programming, prompting the idea of a skate park.

Looking at what is already in Helper, including current parks, he highlighted the park that is located on Locust Street. There is already a concrete slab in place that does not appear to be utilized and Bromberek believes that it would be a prime area for a skate park.

Bromberek has some experience on the construction of these parks and shared photos (see below) of prior projects that he assisted with. In regard to funding, Bromberek informed the council that there are grants specifically for skate parks, such as the outdoor recreation grant, which accepts wheeled sports and paved surfaces.

He said that he thinks that it is a great opportunity for an existing space in an existing park. Discussion was then underway on the different materials deemed necessary for the safety of the park as well as what would be needed to move forward with the fundraising process.

The council was largely in favor of this project becoming a reality, though Mayor Lenise Peterman did state that she would like to review the numbers before any sort of motion was made. It was explained that Bromberek approaching the council was the first step; the discussion portion.

Mayor Peterman did assure Bromberek that he has the city’s support and she knows that there is funding out there for skate parks. Bromberek said that he would research the numbers needed for the project and would be willing to return during the second city council meeting in April. 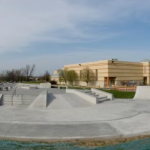 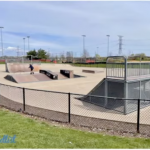