It was known that Howerton’s driver license was not valid, he allegedly committed a minor traffic violation and he had a minor vehicle equipment violation. Subsequent investigation resulted in Patrol Sergeant Kelly Maynes arresting Howerton for driving under the influence of alcohol. Howerton would subsequently submit to a breath test where he allegedly had an alcohol level over the .08 legal limit.

While conducting the state tax impound and vehicle and inventory report, officers located items of drug paraphernalia and a small amount of marijuana.

Detective Sergeant Brandon Sicilia and Detective Chris Pugliese continued pursuing leads involving Howerton on an unrelated matter. This investigation resulted in a search of a storage shed and of a residence. A total of 16 firearms and additional drug paraphernalia were located. Two of the seized handguns have been reported stolen, one from a residential burglary and one from a theft from a business.

Howerton is a convicted felon and is not allowed to possess firearms.

Howerton has been arrested previously for 22 different incidents in Utah, most of which involve multiple counts, as in the present case. Seventeen of those incidents have recorded convictions associated with them. 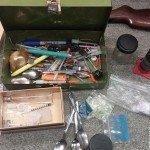 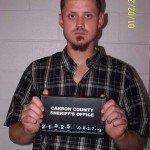 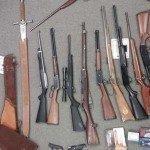 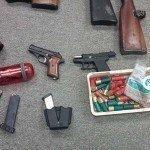