During the public comment portion of last week’s Helper City Council meeting, Keisha Way submitted a letter that was read into the record.

This letter was written to the council on behalf of Ashley Hardy, who contacted Way on the success of the graffiti wall located in Helper. One of Way’s sons took the graffiti wall on as a community project, cleaning up a large area under Hill Street before painting it to let all know that it was available for graffiti and street art, as long as it was clean.

Way shared that many have added to the wall since its creation in May of 2019 and the work has proudly been shared under the hashtag #helperstreetart. Hardy visited the council virtually with a request to decriminalize painting and tagging in a number of the local tunnels and expanding the project that Way launched.

Way expressed her support, with her letter reading that expanding is an amazing idea and is something that Way had in mind since the first project, which was a raving success. Way shared that not only has their been respectful artwork, but artists are also respecting each other’s work.

Hardy explained that at the end of each tunnel they would like to have a separate space for a designated artist for a more professional work of art that changes every three to six months. In between, the space will be available for whoever wishes to create there. Hardy said that this will extend what Way started while taking away any legal consequences.

Hardy assured the council that the same protocol will apply, “be clean and you’ll be seen.” Mayor Lenise Peterman expressed that what occurred there was great and, ever since it began, the work has been well-received.

“It really started something,” agreed Hardy.

The council then suggested including three of the local tunnels for more access. There are ordinances in place that would have to be reserved in regard to tagging to decriminalize the act before this took place. The ordinances must be brought back to an upcoming council meeting for approval. Pending this, the request was approved. 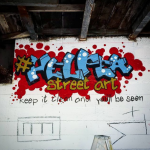 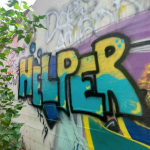 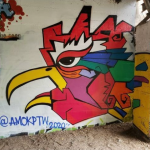