Playbooks, conditioning and about five gallons of red paint.

For members of the Helper Middle School football team, which won’t have its first game until Aug. 31, football camp took place on the field and in its community.

About 30 sixth, seventh and eighth grade students took to Helper Main Street to paint restricting parking areas as a means of providing service during the camp.

While most of the paint made it on the curbs, the student athletes had plenty of fun along the way.

Mayor Lenise Peterman and the Helper City Maintenance Department provided the supplies and the paint for the players, who spent about 60 total man hours on the project.

Brower said the commitment of the boys, both on and off the field, is really encouraging to see. He hopes the community sees it too and will continue to show support to the team.

“We love the support we get from the Helper community,” said Brower. “We invite everyone out to our games this fall.”

The Helper football schedule can be found online at https://sites.google.com/carbonschools.org/hmspracticesportschedules/football?authuser=0. 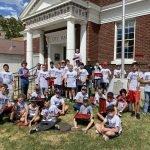 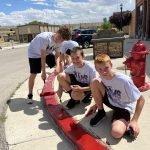 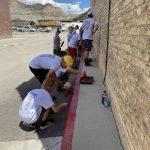 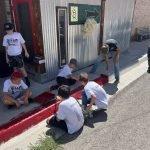 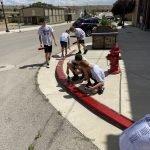 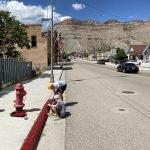 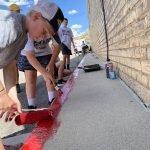 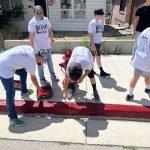