As the horseshoe season comes to an end, participants gathered at the Price pits to compete in one final tournament on Saturday. The inaugural Coal Miners Memorial Horseshoe Tournament raised approximately $800 for the memorial fund and attracted 18 teams to the event.

The top three teams were awarded prizes and include the following:

Badback would like to thank the Coal Miners Memorial Committee, Price City, Little Ceasars and Cowboy Kitchen for supporting the event. 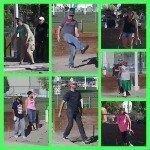 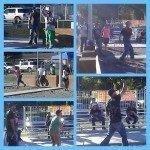