The highly-anticipated 3A State Basketball Tournament has arrived, and there are a number of intriguing storylines. Before jumping into the talented teams and players that comprise this year’s tournament, here are the logistics of the tournament. The 14-19 seeds will compete in a play-in game on Wednesday, Feb 16. Winners, along with the top 13 teams, will then battle it out on Saturday, Feb. 20 at the higher seeds’ home sites. The remaining eight teams will advance to the three-day tournament at the Sevier Valley Center in Richfield from Feb. 25-27. A full bracket can be found here.

#1 South Sevier (15-3, 8-2) 2nd Place in Region 12 – Yes, that is correct. Although the Rams have led in the RPI standings for the past two months, they did not take the region title. That will be discussed later, but there is no doubt that the reigning champs are, once again, among the top teams in the bracket. South Sevier is anchored by Presley Chappell (Sr.), who is averaging 14.2 points and 9.3 rebounds per night. When teams double-team Chappell, Cassie Johnson comes into play with her 10.1 points per night. The Rams are an experienced team with a number of seniors and juniors. They have also been here before and worked their way all the way to the championship game, so there is little teams can do to fluster the defending champs. Aspen Okerlund and Leah Torgerson are all contributors as is Abbie Coombs.

South Sevier shoots 41% from the field, but just 27% from three. The Rams are at their best when Chappell is effective on both ends of the court. If she draws a lot of attention on offense, she has the ability to find guards for wide-open shots. As one would expect, South Sevier is extremely disciplined in all facets of the game. The Lady Rams rebound, pass and create turnovers with the best of them. They also have an effective half-court press they can go into at anytime to slow down their competition. South Sevier does have problems with free throws, as it is shooting just 58% from the charity stripe. The Rams can also run into turnover problems where they average 18.8 points per night.

#2 Emery (13-4, 9-1) Region 12 Champion – A number of people thought that Emery would catapult the Rams for first place after the Lady Spartans beat South Sevier to claim the top spot in Region 12. Indeed, it was close as the two teams’ RPI number was less that .006 from one another. Emery comes into the tournament rolling as winners of 10 of its last 11 games. The Spartans lone loss in that span was to South Sevier. Emery swept both Carbon and Richfield to go on top of the region standings.

The Spartans are one of the younger teams, especially at the top, with just one senior. They are led by Tambrie Tuttle with 13.8 points and 5.9 rebounds per contest while Baylee Jacobson is a deadly shooter with 10.3 points per game. Emery has been bolstered lately with the returning help of Tatum Tanner. The sophomore has been coming off a knee injuring that put her season in jeopardy. She gives opposing coaches and teams nightmares with her 6’5″ size. No one at this level has shown the ability to body her up for a complete game. It will be interesting to see how she responds to three games in three days if Emery makes it that far as Tanner is not yet 100 percent healed.

The Lady Spartans have many quality players, including Bethany Justice, Addie Lester and Daciee Ungerman, to name a few. Their guards can rotate in and out with little to no drop-off, making Emery one of the most complete teams in the tournament. Emery shoots 42% from the floor and 34% from beyond the arc. The Spartans steal the ball at a high rate of over 12 times per game.

#3 Grantsville (19-3, 9-1) Region 13 Champion – It is no surprise to see Grantsville among the top teams again. The Lady Cowboys feature two of the top 10 scorers in 3A, including Maison White (Sr.) with 17.4 points per game, second in 3A, and Emily Backus (Jr.) with 14 points per night, seventh in 3A. White is averaging a double-double with 13.2 rebounds as well. Grantsville’s lone region loss was to Morgan. The Lady Cowboys overcame a 10-point deficit at halftime to beat Judge Memorial for the second time.

A number of the team’s stats jump off the charts. Grantsville is averaging 35.8 rebounds and 17.9 steals a contest. The Lady Cowboys almost have to keep up with that pace as they also turn over the ball 17.7 times per night and shoot just 37% from the floor and 27% from three. Grantsville will have to shoot a better percentage in order to keep up with a team that limits turnovers. 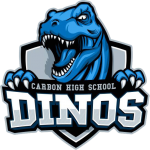 #4 Carbon (15-5, 6-4) 3rd Place in Region 12 – The Lady Dinos have been helped by the emergence of freshman Madi Orth. Orth leads the Dinos in points per game with 11.7 while her sister, Sydney Orth, averages a team-high 6.8 rebounds pre night. Makenna Blanc and Alex Cartwright are the only seniors on the squad, which can fall into ruts at times. Blanc as the ability to get hot and averages 11.5 points and 5.7 rebounds per game. Carbon likes to create pressure with its long, athletic guards in Janzie Jensen, Blanc and Sydney Orth to force steals and turnovers. When the Dinos get out in front of teams with their speed, they can be difficult to stop. Carbon also has a deep bench, allowing them to play their fast and aggressive style.

The Lady Dinos get into trouble when they go on long scoring droughts, allowing opposing teams to make momentous runs. Carbon shoots just 39% from the field and 27% from beyond the arc. The Lady Dinos rebound the ball well with 32 per night and average nearly 14 steals, but also turn the ball over 15.9 times on average. Carbon will need to find its early fire, as the Dinos have lost three of their last six games. Carbon was the only team to beat South Sevier on its home court this season.

#5 Richfield (14-6, 5-5) 4th Place in Region 12 – The fourth team in the top five from Region 12. The Lady Wildcats split the series with Carbon but failed to top either Emery or South Sevier. Their greatest asset is the post play between Nicole Willardson (So.) and Sipola Vakautakakala (Sr.). They suck defenses down and then can kick it out to Becca Poulsen and Kate Robinson, both juniors. Willardson leads the team in both points and rebounds per game with 12.7 and 6.2, respectively.

When it comes to shooting, Richfield is one of the most interesting teams in the tournament. The Wildcats shoot just 38% from the floor but their three-point percentage does not drop too much as Richfield connects on 33% of its shots from beyond the arc. The Wildcats average nearly 31 rebounds and 13 assists per night while turning it over 15 times. 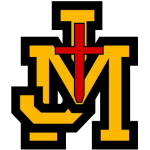 #6 Judge Memorial (12-4, 7-3) 3rd Place in Region 13 – The Lady Bulldogs are a dark horse in the tournament. Not only did the vast majority of this team come just points away from winning the state tournament last year, it rosters the top scorer in the state for the second straight year. Teya Sidberry (Jr.) is a nightmare for other teams and she averages an outstanding 32.3 points per game. She also shoots a team-high 52% from the field. She has three-point range, but is best with her jump shot or around the rim. She averages a double-double as well with 13.4 rebounds per contest. Judge Memorial plays Sidberry at the top of its zone to pester opposing point guards. Her length leads to 5.3 steals per night on average. Marika Collins (Jr.) is a great compliment to Sidberry, using her quickness to slash to the hole when defenses overplay Sidberry. The Bulldogs do not have a great supporting cast beyond those two players, which has hurt them at times.

Judge averages 34.7 rebounds, 12.5 assists and 12.5 steals per night. The Bulldogs turn the ball over at a 15.4 clip as well. They shoot 42% from the floor but it drops dramatically to 22% from three. The Bulldogs are one of the few 3A teams to beat Emery. They defeated the Spartans 60-53 at home early in the season. Judge split the series with Morgan and fell in both contests against Granstville.

#7 Delta (16-5, 11-1) Region 14 Champion – Delta breezed through a relatively weak Region 13. Union was the only team in the region that was able to knock off the Lady Rabbits. They had a signature win early in the year when they defeated Grantsville 59-40 at home. They also played South Sevier tough, falling by three (40-37) on the road.

#8 Morgan (12-8, 8-2) 3rd Place in Region 13 – The Lady Trojans have two of the top five scorers in 3A. Juniors Janel Blizzard and Alex Trussell are ranked fourth and fifth with 15.2 and 14.9 points, respectively, per night. Alyvia Jaffa (Fr.) has been a bright spot as well, averaging a double-double with 10.4 rebounds and 10.1 points per game. The Trojans do a lot well, including rebounding (36.3 on average), but they also turn the ball over nearly 20 times per contest.

Reagan Sanderson (Jr.), #12 South Summit 5th Place in Region 13 – Sanderson is the third best scorer in 3A with 16.3 points per night. She has some good players around her in Averie Snyder (Jr.), Sadie Eiting (Sr.) and Makenzie Wilde (Fr.) who average 10.2, 9.1 and 7.0 points per game. As a team, however, the Lady Wildcats do not shoot the ball efficiently, converting just 32% of its shots from the floor and 26% from beyond the arc. They also struggle out-rebounding teams and turn over the ball at a clip of 18.1 times per night.