Jorgensen (7-0), a Helper native, stopped Fuimaono at the 1:13 mark of the first round via an arm triangle. Jorgensen and Fuimaono traded blows early in the round until Jorgensen caught his opponent flush on the face and was able to take Fuimaono to the ground, which eventually led to the TKO.

With title in hand, Jorgensen will attempt to grab another belt July 25 when he takes on Josh “Cuddly Bear” Copeland (8-0) in Broomfield, Colo. near Denver, for Resurrection Fighting Alliance’s (RFA) vacant heavyweight world title. 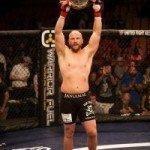 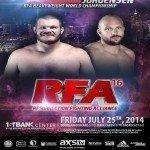 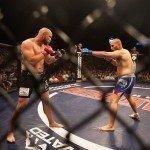 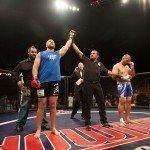