The Lady Dinos’ Golf Team has been busy the past week with three tournaments in eight days. The first match, on April 20, was an 18 hole head-to-head match against Spanish Fork, at Spanish Oaks Golf Course. Carbon edged out Spanish 221 to 219 despite the cold and rain.

Aubrey Fausett led the team with 59 points, Indie Gardner and Sam King both made 55 and Laini Davis 52, for Carbon’s first win of the season.

On Tuesday April 25, the Lady Dinos traveled to Sky Mountain Resort in Fairview to play in North Sanpete’s nine hole region match. The tournament was almost called off due to snow.

On Thursday, April 27, Carbon hosted a region match where the Lady Dinos finished third. Juab nabbed first place with 116 points, Richfield placed second with 114 and Carbon finished with 96 points. Davis led the team with 26 points, Fausett, 24 and Bianco and Gwyn Kardelis both scored 23.

“We got our first win, got a good look at our potential, in North Sanpete and just went blah at home. It has been quite a week,” head coach Kenji Otani stated. “I have nine great young women, who impress me every day. When these girls actually realize what I already know about them… Katie bar the door!”

The ladies will travel to Cedar Ridge Golf Course next Wednesday. 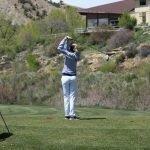 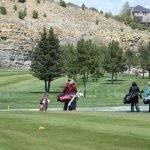 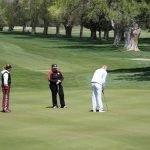 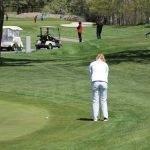 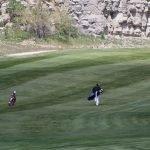 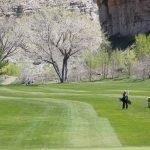 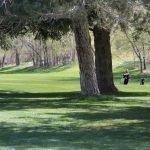 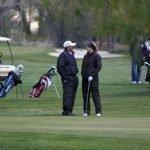 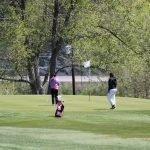 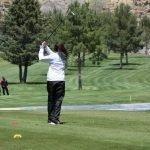 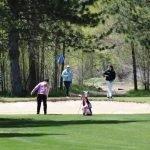 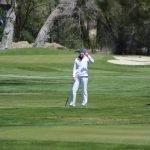 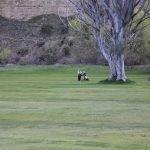 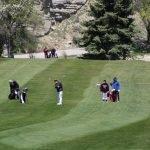 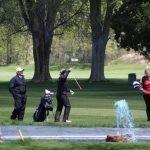 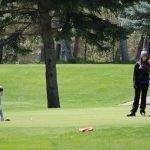