In a critical game for the Lady Dino Volleyball, the team stepped up and downed Payson in four sets at home Tuesday night. This was the second time Carbon has beat Payson this season and they are now 3-3 in region 12 play. Carbon heads to Juab next Tuesday and then finish up at Richfield at home on Thursday.

Carbon was in control in game one and then sputtered for the only loss on the night. Game two was all Carbon as the bounced back with energy. In game three and four it was close all the way, but it was the Lady Dinos that came out on top.

“This was a big win,” said Coach Danielle Jensen after the game. “We always seem to have one bad game and I am glad it was the frist one and we got that out of the way and could go on to get the win.” 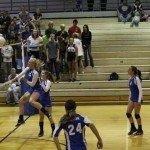 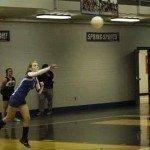 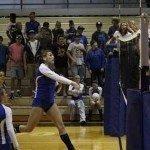 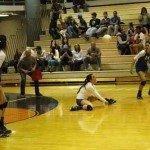 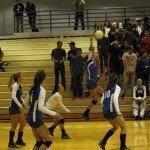