Haven Byerly, an 11-year-old member of the Diamond Divas, was recently chosen as a member of the USA Elite Select Futures All-American Program. The program, which features the nation’s top softball players, will give Byerly the opportunity to play against noteworthy opponents Aug. 1-6 in Kissimmee, Fla.

The tryouts for the program took Byerly to Arvada, Colo. where she met with other girls, hopeful of being named as participants for the prestigious event. After being observed as she showed off her skills in throwing, batting, pitching and other abilities, Byerly returned home and awaited the results.

“I didn’t actually believe it at first,” Byerly admitted. The young softball player continually asked her mom if there was some sort of mistake, but eventually realized that she had actually been named as a player for the event.

“I practice a lot,” she continued in talking of her preparation. Some days can find Byerly practicing for at least four hours with herself, a pitching coach and with her team as well as participation in various softball camps.

Though only a three-year veteran to the sport, Bylery has already proven her aptiptude at the game.

“She really keeps us in the mindset of wanting to be our best all the time,” the team’s head coach, Brandon Olson, expressed.

Rising to the high visions of her coach has led Byerly to success on the diamond, but she also relies heavily on her team members who have influenced and helped her into becoming the athlete she is today.

“She wants to be better every day to make them better and make the team better,” Olson said. 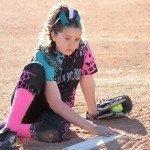 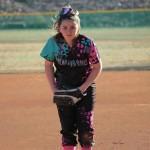