The 2019 3A State Track and Field Meet took place from Thursday through Saturday in Provo last week in cold, wet conditions.

After taking Region 15, Emery’s boys competed well and finished in third place overall with 71.5 points. Morgan took the state title with 96.5 points while Grand finished in second with 89 points.

Braiden Ivie concluded his solid season with strong performances in the 100 and 200 meter, winning both events to become a two-time state champion. In javelin, Keldan Guymon finished in second while Mason Faimalo took part of a four-way tie for third in the high jump. Sophomores Treven Brazier and Bryar Meccariello finished fourth in the 110 meter hurdle and 3200 meter, respectively. The Spartans’ 4×400 took second in their event.

The Dinos finished in 11th with 21 points. Carbon’s sprint medley ended with a great time to take second. Ryker Childs had a third place finish in the 300 meter hurdle as a sophomore.

On the girls’ side, Delta took first (94), Juab earned second (85) and Grand finished third (65). The Lady Dinos tied for ninth with 34 points. Harley Migliori set a PR by two feet to take third in shot put and Megan Swasey finished fourth in the long jump. Makenna Blanc and Emma Haddock also had fourth place finishes in the 800 meter and 3200 meter, respectively.

The Lady Spartans were only able to muster five points to finish in last place (15th). There is hope for the future, however, as Whitley Christensen finished in fifth place as a freshman in the high jump.

“It was rainy, cold and miserable,” said Carbon’s head coach Jimmy Jewkes. “We had some good things that happened and some bad luck that went our way. Overall, the majority of kids performed well. It wasn’t what we wanted, but we have a lot of kids returning for next year. So, there is a lot to build on. The resiliency of this team was on display.” 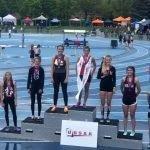 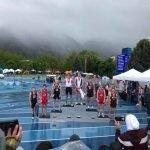 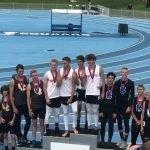 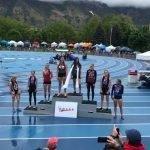 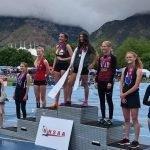 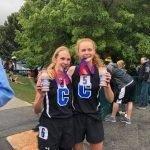 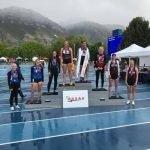 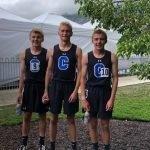 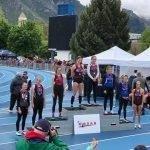 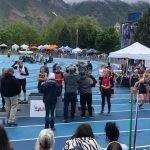 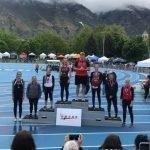 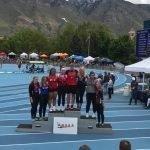 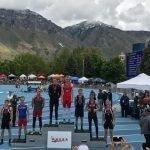 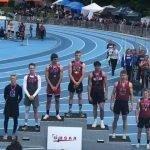