A representative of Matrix Cheer stated that the teams did very well at the competition. Elite was awarded first place, with Elite Stunt and Sparkle Stunt also earning first, and Sparkle receiving third overall. The MX Team was also awarded with the Shamrock Classic Spirit Award at the event.

Two girls from the team, Chloe Ann Sanderson and Lala Barker, also worked their way into the final round of the jump contest.

“We took that floor with courage and pride. We laughed and made memories,” stated the team’s head coach. “It’s not just about the win. The win fades, trophies fade. But having positive, lasting memories with each other is the real win. And we definitely took home the gold with that.”

On Saturday, April 6, the teams will next be sent off to JAMZ, where they will face tougher competitors. However, with their hard work and dedication, it is anticipated that they will again make everyone proud. 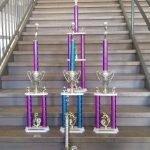 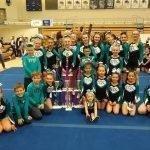 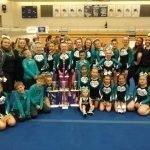