Coming off a win from the first round of the WORCS series in early February, Price native Robbie Mitchell ended the second round on the podium with a third-place finish over the weekend.

Mitchell’s slip on the podium can be largely credited to a crash on his fourth lap of the race.

“Round two didn’t go quite how I had planned,” Mitchell said. “I hit a small rhythm section wrong and took a tumble on the motocross section. Luckily, I was able to get back on and keep racing.”

Mitchell pushed on, battling with the racer in second place but was unable to make the pass, finishing the race in third.

“We had such a fun race to the finish,” he said. “I wasn’t able to make the pass but we were side by side and rubbing tires through the last few corners, finishing less than a second apart.”

The local racer’s next chance at victory will be in mid-March as he travels to Lake Havasu City, Ariz. for the third round of the series. 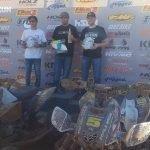 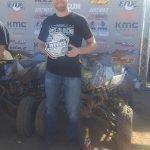 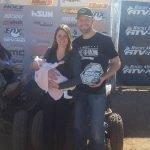