With COVID-19, the scholars this year dealt with the fall out and the duo is really proud of them. It was said that the field got evened out by all of the Sterling Scholars in the region and they worked very hard. CHS had five winners and seven runner ups out of the 13 categories in which they competed.

From there, each of the students took time to introduce themselves and what their plans are for the future. The students then received movie passes from the board.

Next, time was taken to announce that Madalyn Johnson has been chosen as the 2021 Carbon High Valedictorian and Hunter Heath has been named the 2021 Salutatorian.

Recognition didn’t end there as the CHS volleyball team was brought to the podium to be honored for earning the title of the Academic All State champions. This means that they had the highest combined GPA out of any of the other teams.

Finally, Eva Gramaldo was recognized. Last year, Gramaldo was successful in taking second place in the state debate competition. However, this year, she kicked it up a notch and earned first place in the 3A Debate Congress State Championship. Her plan after school is to attend Southern Utah University and study political science. 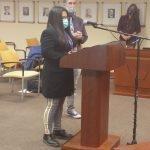 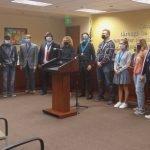 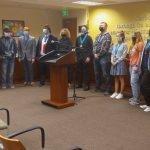 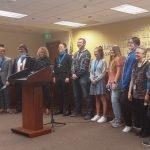 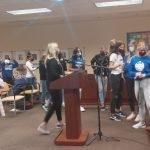 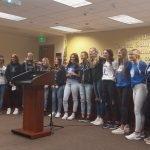 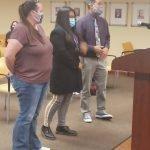