Want to have a pet that makes the neighbors ooh and aah? Anyone willing to give up part of their backyard can have such a pet.

Utah Division of Wildlife Resources biologists are putting close to 40 desert tortoises up for adoption.

The tortoises are being held at a facility in Washington County. Some of the tortoises have been at the facility for almost 10 years.

Listed as threatened on the federal endangered species list, most of the tortoises were found after people removed them from their native homes. Once a wild tortoise is taken from the wild, it cannot be released. Releasing it could introduce diseases into Utah’s wild tortoise population.

Even though desert tortoises require some room, native aquatic species coordinator Krissy Wilson says caring for one is easier than caring for other pets. “They don’t bark or chase cats,” Wilson joked. “Also, they are in hibernation six months out of the year.”

All that is needed to adopt a desert tortoise is a fenced area that is at least 15 feet by 10 feet. Tortoises also need burrows, so these will need to be built. They also feed on  dandelions, clover and other plants which may need to be planted.

Even though it takes work to provide a tortoise with a place to live, Wilson says it is worth it. “Every desert tortoise I’ve ever seen has had its own unique personality,” she stated. “Owners will notice this after the tortoise arrives at its new home.”

Wilson says some of the tortoises contracted an upper respiratory tract infection while they were in the wild. She says the infection only affects tortoises and cannot be passed to humans or pets.

More information about adopting a desert tortoise in Utah is available in the Desert Tortoise Adoption booklet. The free booklet is available at www.wildlife.utah.gov/pdf/dt_adopt.pdf.

To adopt one of the tortoises, or to ask any questions, please call DWR Native Aquatic Species Biologist Cory Noble at (801)538-4746. 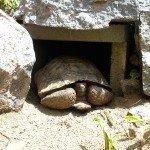 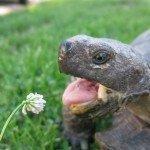 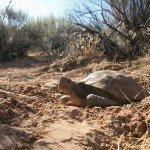 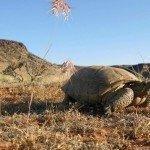 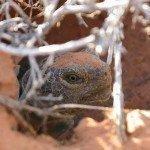 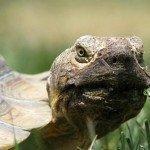