Todd Huntington was sworn in as a new member of the Emery School Board on Wednesday evening at the board’s January meeting. He, along with incumbents Tracey Johnson and McKenzie Guymon, were administered the oath of office by Jackie Allred, Emery School District Business Manager.

During the meeting, new committee assignments for each board member were discussed and assigned. Superintendent Jared Black then presented the name of Thomas Burr for hiring approval as a homework advisor at Emery High to the board.

Adam Hughes next gave a video presentation on a Community Reinvestment Agency that Green River City has established to assist with economic development in the city. This would focus mainly along Main Street, Broadway and the river with hopes of revitalizing and removing the blight in these areas. This would involve the taxing entities of city, county and the school district. The Green River Mayor, council members and city clerk were also present at the meeting to request communication with the school board on this matter.

Other matters of business to come before the board included a request from bus supervisor Roger Swenson to purchase two new school buses. This is a rotation that has been a district practice for the last four or five years and was granted by the board. A substitute teacher pay raise was also approved, which included substitute teaching assistants. This was contingent on six months of service.

A resolution regarding the parameters of the general obligation bond was adopted by the board. This will detail the sale of $50 million in the first year to begin the construction projects. The remaining $25 million will be held for approximately one year until the next projects are ready to begin. This was recommended by Alex Buxton of Zions Bank who serves as the district’s bond attorney. The IRS and federal tax laws regulate how this money is distributed. The main concern of the board was monitoring interest rates as the bonds are sold. It was estimated that construction would begin in May.

Steven Gordon, Principal of Emery High, welcomed the board to the school and thanked them for their continued support of their programs. He reported on their homework class, which is held on Monday, Wednesday and Thursday after school from 3 p.m. to 6 p.m. A new program at the high school this year, Edgenuity, helps students with credit recovery and is available online, during the homework class and in the counseling office. Maegan Butterfield is the supervisor and the program is funded with trust land funding. He reported it is very advantageous for students who take advantage of it to receive their credits.

Other programs of mention were professional development for teachers and staff, Spartan Pride Rewards, ACT testing for juniors on March 9, and drug and COVID-19 testing. Principal Gordon also spoke about virtual Battle of the Classes to get to know faculty and board members.

Emery High Counselor Darlene Debry then began a presentation regarding suggestions for class schedule and credit requirement changes. These suggestions aim to enhance learning at the high school and help meet the demand that will come with the projected increase in student numbers in the upcoming years. The increase is projected to be a little over 100 students in the next seven years. She prepared several spreadsheets with possible scheduling scenarios for students and teachers for board consideration.

Superintendent Black concluded the meeting by giving COVID-19 updates from the health department and the state. He stated that 15 positive tests would require the school to consider alternative learning. Alternatively, they could have a testing day and test everyone at the school. He also announced that they are expecting vaccines for teachers earlier than thought, maybe even by next week. They will be available but not mandatory for educators.

Black also reported that the Utah High School Athletic Association’s COVID-19 guidelines have been expanded to allow four spectators for each participant in extra curricular activities. They can be adults or children but spectators must have tickets. The entire region will be under the same regulations and tickets will be expected at all venues. There will be no defined student sections. 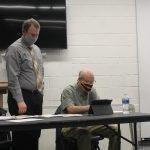 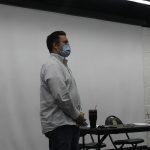 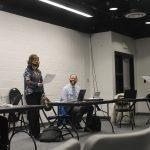 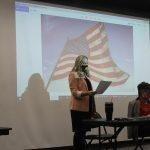