On Friday morning, several 14U teams met at the Carbon High baseball fields for the Black Diamond Tournament. It was all fun and games until a routine flyout turned ugly. A three-player collision sent one individual to the hospital.

The male individual plays for the Eastern Utah All-Star team and was at-bat shortly before the incident. He popped the ball toward first base and hustled down the line.

Meanwhile, the opposing pitcher and first baseman tracked the ball in the air. According to a source watching the game, the pitcher never let up and ran over both his teammate and the batter. The first baseman secured the out, but the impact was felt through the crowd.

The batter remained on the ground for 20-25 minutes, according to spectators, until the ambulance arrived and responders put him on a stretcher to transport hime to the hospital.

Check back with ETV News as more information is released. 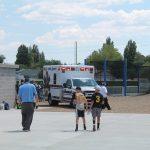 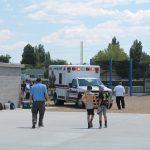 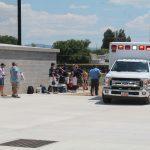 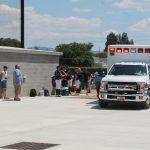