The Price City Council meeting took place on Tuesday this week. Rick Davis was acting as the interim mayor for the meeting for Mayor Joe Piccolo, who was unable to attend.

The Price City Library had a contest to create a new logo. Young students submitted their ideas for a logo and the board picked one that they liked the most. Council member Layne Miller then submitted it as the new logo. At the next Price City Council meeting, the winner will be in attendance to receive a prize. Council member Wayne Clausing suggested that a sign be put up on the library with the logo to make it look a bit nicer. Miller then stated that the idea has already been put into motion, along with other cosmetic aspects of the outside of the library that need to be improved. The motion for the logo was passed.

On 15 East Main Street in Price, the same man that owns Big Moe’s would like to open a sandwich and hot dog restaurant that would be called Squiggy’s. The planning and zoning commission approved the delicatessen-like shop with a conditional use permit the night before the meeting and it was made known that certain aspects are still being worked out with the fire marshal and the building inspector. The motion for the new sandwich shop was approved by members of the council.

The council members then discussed a workshop that took place recently where people from different cities came to Price and drove through the city to see what things they liked and subsequently did not like. A major thing that stood out to multiple people was that there are no signs around the town pointing out landmarks such as the new Miner’s Memorial and the historic downtown. Council member Terry Willis also stated that some people that took part in the workshop stated that the main roads in the town didn’t seem very well organized.

Willis also spoke briefly about the Turkey Trot that is going to take place on Thanksgiving Day. The Turkey Trot will be at the Carbon County Event Center, starting at 9 a.m. It is to promote people getting out and being active as families. All you have to do is bring food which will be donated to the food bank. 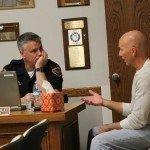 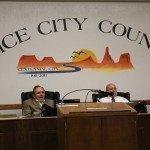