Stephanie Mary Kouris, 25, from Price was arrested and booked on possession with intent to distribute heroin, possession of paraphernalia and items prohibited in a correctional facility.

Kimberly Kouris, 27, from Price was arrested and booked for possession of heroin.

James Lee Kouris, 30, from Price was arrested and booked on possession of heroin and paraphernalia, and placed on a 72-hour hold by Adult Probation and Parole.

All of the above drug charges are enhanced because of the offense occurring in a drug free zone. Upon review of the reports, the Carbon County Attorney’s Office will determine the appropriate formal charges.

During the past several months, task force agents developed information alleging that Stephanie was involved in dealing heroin. A traffic stop for an alleged minor stop sign violation resulted in contact with Stephanie and James. Illegal items were located. As a result, agents applied for and were granted a search warrant at the Kouris residence in Price.

A little over 4.5 grams of heroin was seized as well as a number of items of paraphernalia. In addition, slightly over $7,000 cash was seized from Stephanie. 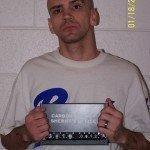 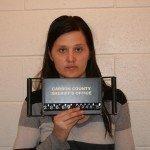 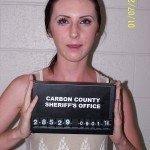