The ride began in Scofield and climbed Eccels Canyon past Skyline Mine. When the road intersects with Huntington Canyon, the riders then climbed the final six miles to the top of the canyon before riding down to Huntington. Riders then traveled along the outskirts of the San Rafael Swell through the towns of Cleveland and Elmo. The ride continued to Wellington before ending in Price at Washington Park.

“This was the second year the Castle Country Century was held,” explained Cory Jensen from Carbon Rec. “We had 32 riders, 29 of which finished the ride, a considerable jump from the 12 riders we had last year.”

Jeff Wood from the Carbon Country Sheriff’s Office helped escort the ride as well as assisted riders across dangerous intersections. The help of the Emery County Sheriff’s Office was also used when riders crossed Highway 10 in Huntington.

“This 101-mile ride was not timed although most riders timed themselves,” Jensen explained. “The first riders came in just under six hours while the last riders crossed the finish line in under eight hours.” 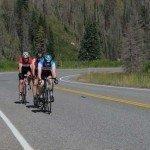 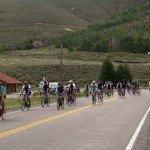 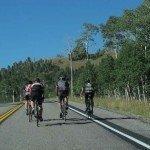 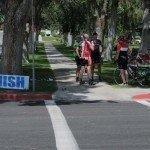 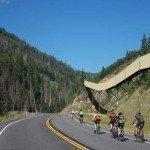 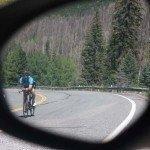